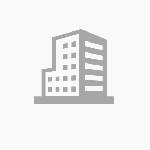 Essence is an award winning digital agency with offices in London and New York. We deliver work for clients across Europe, North America and beyond: clients such as Google, Expedia and eBay. We produce media, social, creative and technical solutions for leaders in the digital space. In 2009, the agency was announced as eConsultancy’s Most Innovative Digital Agency and in 2010 it was crowned Media Agency of the Year at the NMA Effectiveness Awards. The agency won the highly coveted Revolution Special Award for Innovation in April 2010. Most recently Essence was named Europe’s “Fastest Growing Larger Company” at the 2011 Media Momentum Awards and reached position 14 in The Sunday Times Tech Track 100. We take our work very seriously but not ourselves - we believe in a fun-filled environment, and we’re looking for like minded individuals to come join us.